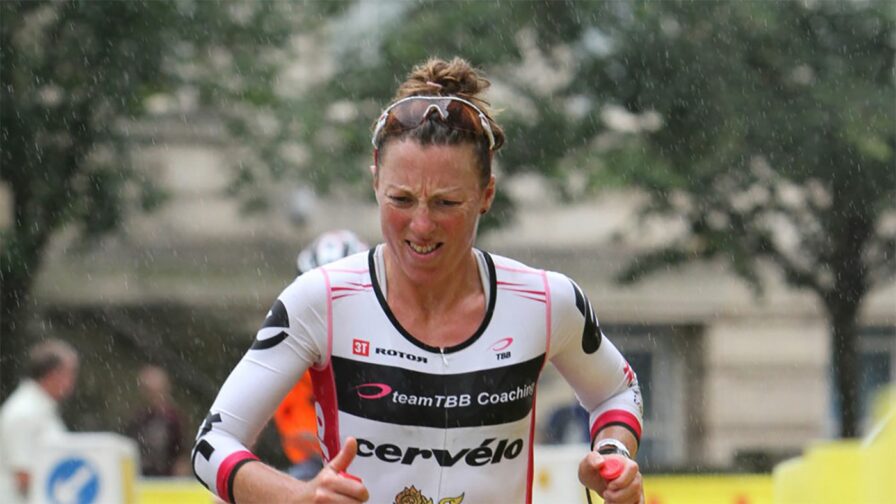 British ladies, long distance especially, are on something of a high – indeed, they have been for many years now and just seem to get better and better.

Just when the likes of Chrissie Wellington, Bella Bayliss and Catriona Morrison retire, along comes more success from athletes such as Corinne Abraham, Lucy Gossage, Susie Cheetham and Emma-Kate Lidbury to join the established names such as Rachel Joyce, Leanda Cave and Jodie Swallow. Long may it continue – and with the like of Lucy Charles and Laura Siddall seemingly getting better with every race, the future is in good hands.

From time-to-time your Editor has been known to enjoy a statistic or two – but with good reason. Having asked myself the question of “how many podium finishes have British athletes achieved in Ironman racing?”, the only thing to do was get researching and try and find out.

A couple of notes before I start. For the purposes of this analysis only, the subject is limited to full distance Ironman branded (M-Dot / WTC) races. There are of course many iron-distance events around the world (including the likes of Challenge Roth, Almere, Forestman, Outlaw, Norseman, Embrunman…), many of which – Roth especially – rival any Ironman branded race in terms of spectacle, size and quality.

That said, there is little doubt of the impact that the Ironman® brand has made within the triathlon world over the past 30 years and that for many, winning an Ironman race is a career goal.

So, what follows is my attempt to create the definitive record of Ironman® podium finishes by British female athletes.

If you think any performance is missing from the list, email me via [email protected].


(* NOTE: For the purposes of this analysis I have taken overall positions, 1/2/3 as ‘podium’ finishes, irrespective of race category (provided that the event was mass-start with the same pro/age group rules) or event (as in some races, there may be ten athletes physically ‘on the podium’). For example, in the case of Ironman Lanzarote 2010, while Bella Bayliss was the third professional finisher (Louise Collins, age group athlete finished ahead in second place overall), I am treating Bella’s result as fourth overall, and hence not within this listing. Also, Corinne Abraham finished third overall at Ironman Regensburg while racing as an Age Group athlete and is included here for that reason, as in both cases the races were concurrent, under the same rules).

This table is the data above presented in the style you would typically see for the Olympic medal tables. Overall order is determined initially by number of 1st places, then by 2nd places, then by 3rd places.

Aside from summarising an athletes podium history, how much value this adds is…debatable! Clearly, Bella Bayliss has put together, over a long period of time, the most consistent set of performances both in volume and number of wins. (Check out our in-depth interview series with Bella about her career HERE).

However, bear in mind that of Chrissie Wellington‘s Ironman wins (and she won all ten full distance M-Dot races she started – plus Challenge Roth three times – review all of her unbeaten iron-distance races HERE), four of those are Ironman World Championship Kona victories! We suspect Bella would trade a few of her wins for one at the big show… At her career strike rate, Chrissie had looked set to pass Bella’s 12 Ironman® victories in 2012… but not now, having confirmed her retirement from Ironman racing.

Chrissie’s win at Ironman South Africa 2011 also represented the fastest Ironman® time recorded to date, to add to all of her many accolades including the four fastest times ever – until Daniela Ryf raced Roth in 2016.

It is also worth bearing in mind the way that the Ironman circuit has changed over the past 15/20 years. While there are around 40 Ironman events on the annual calendar now, that wasn’t always the case, and hence the opportunities to race were few and far between. With this increase in volume, not surprisingly some events can be considered ‘softer’, in terms of depth of professional field, and hence ‘not all races are equal’. Indeed, with the introduction of the Kona Pro Rankings, races are now specifically classified at different ratings via points status and prize money.

For example, Sarah Coope finished third at Hawaii way back in 1991. It is very easy to believe that she would be a multiple Ironman event winner today given her performance in Kona, and the huge number of victories she achieved in other events. Aside from Chrissie Wellington (four wins), Julie Dibens (3rd, 2010) and Leanda Cave (1st, 2012 and 3rd, 2011), Sarah was the only other British athlete – male or female – to have finished in the top-3 in Kona at the Ironman World Championships…until 2013, when Rachel Joyce (2nd) and Liz Blatchford (3rd) joined that elite grouping. Our current crop of talent suggests that list will continue to be added too – indeed, Rachel Joyce took her second Kona podium spot (3rd), in 2014 and then added another 2nd place in 2015. Finishing second in 2017 at just 24 years of age, you’d have to think / hope that Lucy Charles will be a Kona podium finisher many more times over the next decade.

Leanda of course joined Bella, Cat and Chrissie with multiple wins by taking the biggest one of all in Kona, while Rachel made it two wins at Ironman Texas 2013, adding another ‘post-Kona’ at Cozumel. Lucy Gossage meanwhile won two within just five weeks in 2013, at Ironman UK and Ironman Wales, and then made it three wins at Ironman Lanzarote 2014 before a fourth at Ironman UK 2015 (and a fifth 12 months later in Bolton!). Lucy has won – so far – nine IRONMAN races (and ten times over the distance).

Corinne Abraham joined the multiple M-Dot wins club, adding Frankfurt 2014 to her Melbourne 2012 victory – both of which are Regional Championship events. A third Ironman win for Leanda was collected in August 2014 at Kalmar, Sweden while the ‘multiple’ winner club was joined by Jodie Swallow, following Ironman South Africa 2015 to add to her Kalmar 2013 triumph. That is now three following Ironman Cairns 2016. Kicking off 2018 in style, Laura Siddall added Ironman New Zealand to her 2017 win at Ironman Australia (and then retained that Australia crown).

You can check out how British men have fared over the years in Ironman® competition IN THIS ARTICLE.