Triathletes on the (Half Marathon) run over the weekend

It was a big Half Marathon weekend in the UK – and Chrissie Wellington, Emma Pooley, Sam Pictor and a host of familiar Tri/Du names were out testing themselves and performing well

No half measure for triathletes in weekend half marathon action

March is always a big month for Half Marathon races in the UK. With the London Marathon coming up in April, it’s always a popular distance for athletes to race as part of their preparations for that – or indeed simply as a race in its own right. There were plenty of familiar Tri(Du)athlon names performing well, setting PB’s and appearing towards the top of the results sheets over the weekend – and breaking records too.

Here are a just a few I’ve spotted – I suspect it is far from complete, so if we have missed any notable results then a) apologies, and b) send me an email via [email protected] and I’ll get this updated for you. To be honest, some of the result sheets are not the easiest to search right now!

The names below include at least two, four-time World Champions, several Pro and top-level Age-Group triathletes and many more… here’s a roundup that includes the Reading, Bath, Fleet, Brentwood and Weymouth Half Marathons:

There was an interesting result in Reading for Age-Group triathlete Paul Lunn. Paul has finished fifth (2017) and third (2018) in the M45-49 category to now have two Umeke awards from the IRONMAN World Championships. He set a new PB of 1:14:08 (1:14:04 chip time), still getting quicker at 46. As his son, Josh, ran 1:06:29 at the same event, that makes them – unofficially at least – the Guinness World Record holders for the fastest father/son combo in a half marathon. The current record is 2:24:47 set by Ben and Graham Green at the London Landmarks Half Marathon last year. Given the hoops that you are required to go through to tick the ‘official’ GWR box, whether this will be officially recognised I’m not sure – but it’s certainly worthy of note here!

Robert was the first British Age-Group finisher at Kona in 2018 – setting the fastest British AG time ever at the IRONMAN World Championship.

By coincidence, Joe IS a Guinness World Record holder… for the fastest Marathon dressed as a swimmer! We heard from Joe last year ahead of his debut at the IRONMAN World Championship in Kona.

Possibly the quickest triathlete of the weekend (?), Sam was the winner of the Outlaw Half Nottingham in 2018 and finished second at IRONMAN 70.3 Weymouth. His new half marathon PB came immediately following eight days and 35 hours of training on camp in Spain too, only returning to the UK on Saturday.

Harry was the first Age-Grouper overall in 2018 at IRONMAN 70.3 Weymouth, which earned him his Pro licence for 2019.

Neil was recently announced as one of the new members of Team Freespeed for 2019.

James was one of our ERDINGER Athlete of the Month winners back in May 2016.

Erica was an Age-Group Gold medallist at the 2018 IRONMAN 70.3 World Championship in South Africa.

A member of Havering Tri, Marton has been a podium finisher at the full distance Outlaw Triathlon.

Laura is a two-time finisher at the IRONMAN World Championship

Charles has been the European and World 70.3 45-49 Age-Group World Champion for both 2017 and 2018, and we recognised that last year with an ERDINGER Athlete of the Month award.

Ok, so not half marathon as such, but there was a race win for Natalie Lawrence (2:18:55) over 20-miles at Eton Dorney on Saturday. Better known as Natalie Barnard during her Elite triathlon days, Natalie competed at World and European Junior Championships in GB colours and finished third at IRONMAN 70.3 Galway in 2012, also finishing third at the Lisboa International Triathlon the same year. 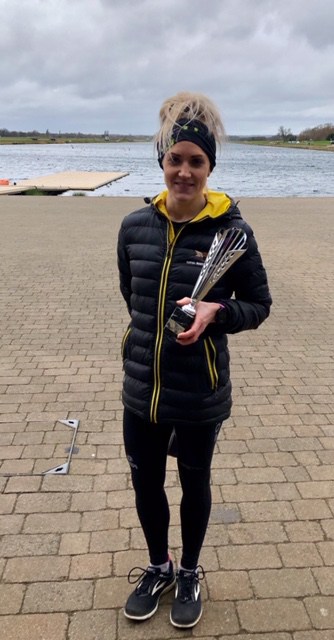