The start lists for Triathlon’s inaugural PTO US Open continue to evolve.

The new showpiece takes place in Dallas this weekend, and with both the men’s and women’s races offering a $1 million prize purse there is plenty of reason to expect two hotly contested races.

In the women’s field, Britain’s Kat Matthews is the highest ranked competitor. The world number four was added to the start list late, and fellow Brit Lucy Charles-Barclay will hope she can surpass Matthews both in the rankings and on the day.

But both will have plenty to contend with another late entrant: Flora Duffy. The current Olympic Champion, she added the 2022 Commonwealth Games Gold to her tally this year and will no doubt be in it to win it at the event in Dallas.

New Zealander Ashleigh Gentle will look to complete a unique North American double in Dallas, after she won the PTO Canadian Open, while as the highest-ranked US athlete, Taylor Knibb will be up for the race on home soil.

The PTO’s world number three Magnus Ditlev and number four ranked Lionel Sanders head the field and will both be eager to record wins in the absence of Kristian Blummenfelt and Gustav Iden.

The women’s PTO US Open will take place on Saturday 17 September, with the men’s following on the Sunday. 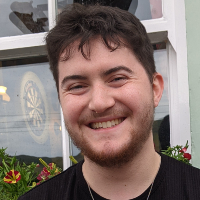