Who raced where and won what? The Weekend Roundup is here

An ITU Triathlon World Cup, ETU European Cup, European Championship, IRONMAN 70.3 racing and quite a bit more, all appear in the latest Weekend Roundup. Plenty of great GB performances too, both Elite and Age-Group.

No Pro race in Alcúdia, but there was a huge turnout of British athletes racing and they collected a vast number of Age-Group podiums, including an overall win for Alison Mackenzie. Check out all the details on those HERE.

An Elite Bronze for Alice Hector and a career-best fourth place for Ben Price in Denmark. Check out the full Elite roundup HERE. As always, plenty of British Age-Group athletes racing and reaching podium positions too – full wrap on those results HERE.

A 2016 Olympian, it’s been a while since Gordon Benson was on an ETU / ITU podium, so third place in Portugal over the Sprint distance on Saturday will be a very welcome result for the Leeds-based athlete. A fastest run split of the day will also be a key takeaway – though one of the slowest through T2, won’t be quite so welcome in the post-race review!

Emma Pallant lead an all-British podium sweep in the women’s race, while the ever-consistent Adam Bowden secured another top result, beaten only by the impressive defending champion Andi Böcherer (GER). Check out the full report HERE.

Two days of racing in China featured semi-finals (Sprint distance) on Saturday and then a Final (Super Sprint) on Sunday. Ben Kanute (USA) must be a contender for “most versatile” athlete around at the moment, having already won this year at IRONMAN 70.3 (Oceanside), non-drafting Olympic (St. Anthony’s) and draft-legal sprint (Bridgetown) formats – all while being part of the Team USA Mixed Relay Triathlon squad. He didn’t quite add another format to that list – but second to Australia’s Matthew Hauser was pretty close. 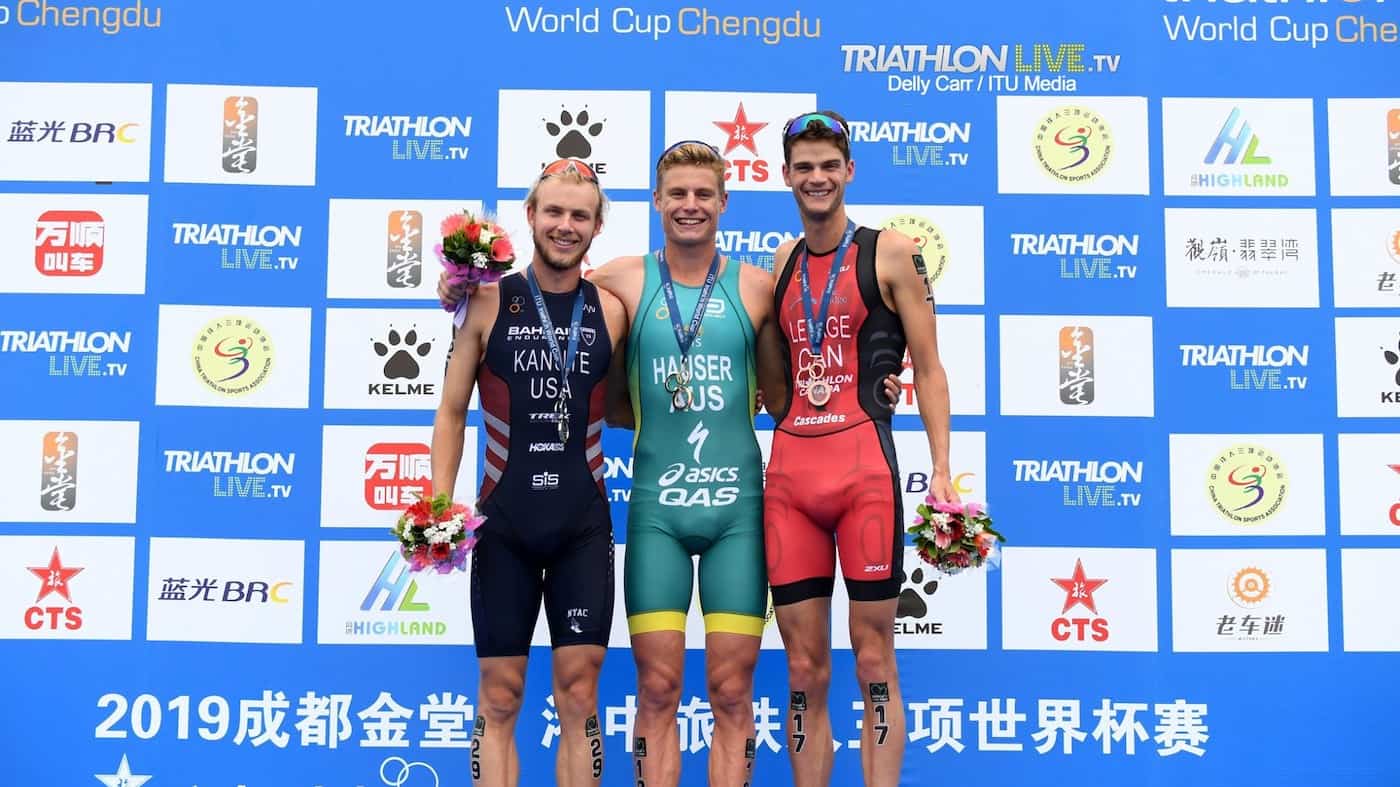 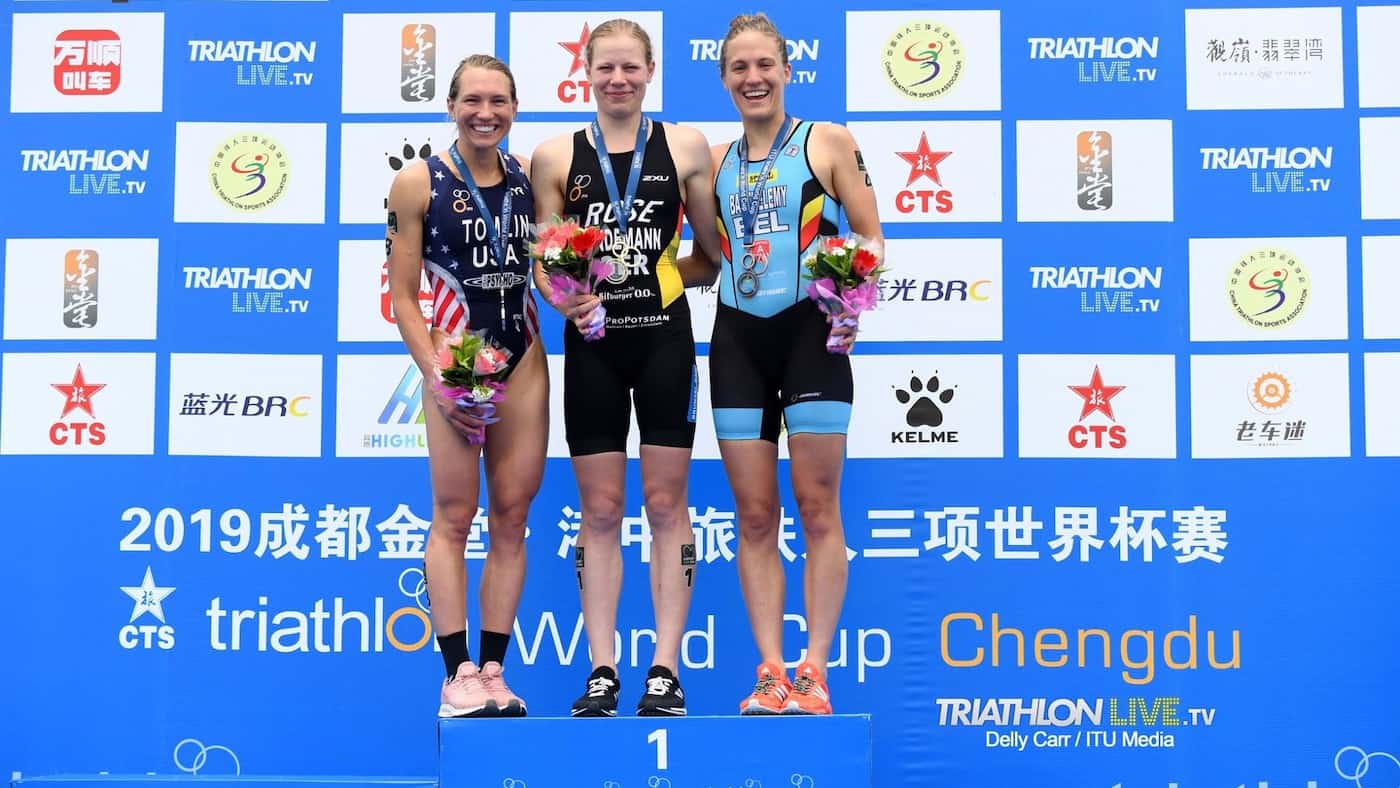 There was a British winner at “the Hawaii of Europe”, as Thomas Davis added to his early season podium finish at Challenge Salou.

The East Grinstead Triathlon is one of the longest running events on the UK schedule and this past weekend was its 34th edition. The latest additions to that roll of honour are Luke Worthington (Tri Surrey) and Hanna Kolarova (TriFits-U Team), who was just one second quicker than Rosie Weston (Epsom Tri Club). Full results HERE.

With well over 600 finishers in the Senior race alone, the Crystal Palace Triathlon was surely one of the largest domestic events of the weekend, where Ross Jarvis (London Fields Tri Club) and Amy Pritchard (a recent winner at the Aquabike World Champs), took clear wins. Full results HERE.