ERDINGER Athlete of the Month – March 2017

ERDINGER Athlete of the Month – March 2017. And the winner is…

Ok, so we are a little later than our own schedule… but we are finally ready to announce our first ERDINGER Athlete of the Month for 2017. We’ll be following up very soon with our selection for April – but for now, here is out first winner of the year.

A great return from a serious injury and well deserved recognition we feel for progress over several years.

We have a long list of people here that we would be massively pleased to present this award to… but we have to select just one, from the many very worthy potential recipients. To see who has won this award in the past, check out the links below.

Our winner this month was chosen thanks to this great nomination, highlighting a fantastic return to health, fitness – and performance – after a major football injury in his 20″s.

“Tom snapped his cruciate ligament playing football in his early 20s and was told he would never be able to return to football or run with the same pace. Although never returning to the pitch, he defied doctors by going on to focus on running and later picking up triathlon in 2013.

“In 2015 he qualified for the Geneva Age-Group Sprint Tri European’s and came 10th. In 2016 he won Gold for 25-29 Sprint Triathlon in Lisbon (by just ten seconds), and became English Champ for Sprint Tri 25-29 at Leeds Castle. 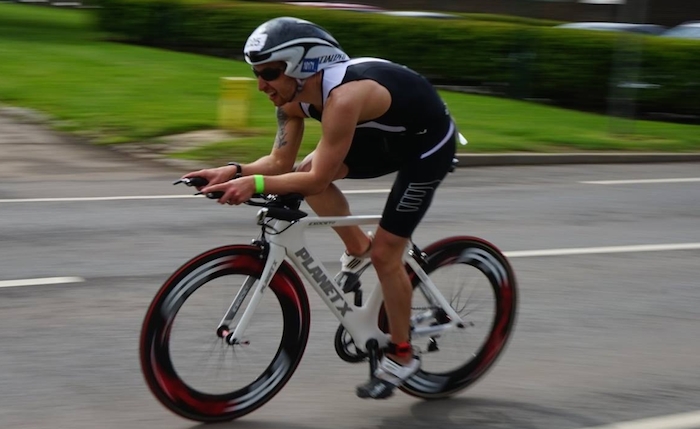 “In early April he qualified to race in his first Elite Duathlon at Bedford competing against the likes of Adam Bowden and Mark Buckingham, finishing 23rd overall. As well as his amazing determination and motivation he also coaches triathlon to others with the same enthusiasm and kindness always offering advice and tips to others regardless of ability.

“Tom is the perfect role model for those injured and being told they will never be able to compete competitively and also an example to all of us that with hard work and dedication anyone can make that elite spot!”